Year round, good catches take place as close as a quarter mile offshore all three Cayman Islands, where the ocean floor drops off sharply, plummeting thousands of feet and creating a natural thoroughfare for the big migratory pelagic species prized by anglers.
Popular gamefish such as blue marlin, yellowfin tuna, wahoo, dolphin (dorado) and barracuda are caught year-round. Occasional catches of white marlin and, occasionally, Atlantic sailfish and Atlantic long-billed spearfish are also reported.
Our water temperature varies annually only 8 -10 degrees Fahrenheit and the baitfish are here year-round –which means the bigger fish are too. One of the Cayman Islands’ biggest attractions for anglers is that big fish run close to the coastlines of Grand Cayman, Cayman Brac and Little Cayman. While many popular Caribbean gamefish species are caught year-round, Caymanian captains can identify distinct seasons. Wahoo season runs November through March; yellowfin tuna season follows in spring months. Predictably, small blue marlin (100-200 lbs.) can be caught and released year round.
For years, these islands have been known as a destination for anglers seeking billfish action close to shore. Although blue marlin caught in Cayman waters average 200 lbs. or less, they challenge anglers year-round and marlin strikes occur as close as a quarter mile offshore. Local captains promote conservation and sportsmanship by encouraging anglers to release any fish, reef or pelagic, which are not to be eaten and all billfish unless they are local records or potential prizewinners during tournaments.

Did you like this entry?
Here are a few more posts that might be interesting for you.
Related Posts 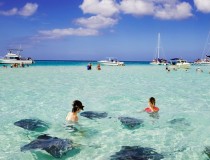 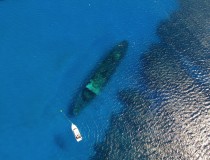